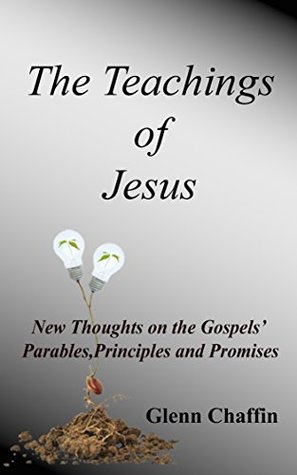 This book is about the teachings of Jesus, not teachings about Jesus. It is not even about what the New Thought movement teaches about Jesus. It describes what Jesus taught about our place in the kingdom of God. It does not attempt to incorporate Jesus’s teachings into the body of New Thought principles; nor does it attempt to explain the teachings of Jesus in New Thought terms. It is not a metaphysical after-thought, but a new thought on the teachings of Jesus.
An uncommonly reasonable metaphysical interpretation of the teachings of Jesus — this book was written for open-minded seekers of Truth and wisdom, as well as free-thinkers of every denomination who have the courage to confront the challenge of a new thought. It is dedicated to those students, and to those who remember hearing the teachings of Jesus, but have turned away from what was being taught. These essays are intended for those who think that the teachings of Jesus cannot be reconciled with their spirituality, their liberality, and their rejection of religion. This book is dedicated to those who have thrown the baby out with the bathwater! Students of New Thought need not ignore the teachings of Jesus, even though they have rejected the doctrines commonly associated with them.
While new thoughts on the teachings of Jesus may be uncommon, these commentaries follow a common theme, a fundamental truth of Jesus’ teachings: oneness with God. When read from that perspective, one can make perfect sense of what Jesus taught. Nevertheless, as everyone’s perspective is unique to themselves, one persons’ views may appear rather peculiar to others. Thus, a new thought is always uncommon and must seem odd at first, even when it is your own. In this sense, there can be no common sense where insights are considered. There can be common books of prayers, doctrines we hold in common with others, agreements, covenants and shared beliefs, but inspiration will always be an uncommon awareness.
These essays are not a common-sense commentary on the teachings of Jesus. They are not only uncommon in their content, but also in their lack of denominational precepts. The common approach to Gospel commentary is an attempt to make sense of Jesus’ teachings from one’s particular religious perspective; which may explain why common sense is an uncommon thing in the field of religion and spirituality. Even though most people search the teachings of Jesus for an endorsement of their denomination’s theology, that was not Jesus’s intent. He spoke to individuals, in a way, that required them to find the meaning of his words within themselves. The Teachings of Jesus: New Thoughts on the Gospels’ Principles, Prayers and Parables facilitates this inner search, whether one starts from the New Thought perspective or traditional Christianity. This book does not speak on behalf of one denomination. It addresses the search that everyone must make for themselves.
The intent herein is not to present well-worn truths in support of anyone’s religious beliefs, nor used and abused truths, or an explanation of how these truths can be used to justify beliefs, doctrines and dogma. The intention is to provide a new thought on eternal truths as expressed in the teachings of Jesus. These truths are not new, and some of the thoughts found in these essays echo statements by other much older thinkers of new thoughts. However, eternal truths never get old, and they may be news to you. The Truth is never a new idea, but the inspiration it reveals is always a new thought.